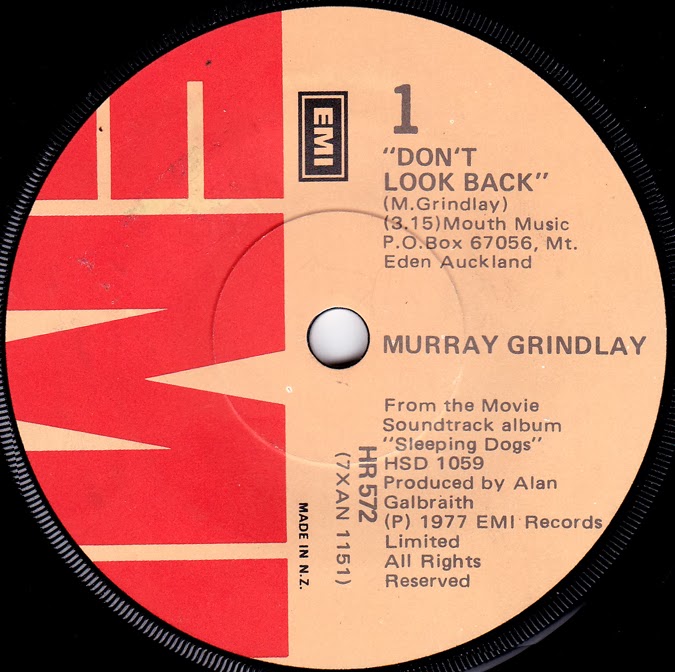 Murray Grindlay is probably best known to most New Zealanders as the voice of dozens TV jingles. He also played in The Underdogs, Brew and Cruise Lane among others (let's forget Monte Video). He has  also contributed to several soundtracks including Broken English, Once Were Warriors and Sleeping Dogs were this single comes from. It was his second solo single. He released one more solo single and an album as well many other singles and albums with various bands.

If you know the names of any of the musicians who played on these records and they are not listed please add a comment.
forgottennz45s@gmail.com